A few of us Presh Gals were sitting around sharing a meal recently and we got to talking. A fairly new Presh Gal was curious about how Nicole got started in the jewelry making business and among the great company and yummy food, her story started to flow.

It dawned on us, afterwards, that many of our customers may not know the origins to Presh or Nicole’s story. So, we thought it would be fun to share it with you all. Here is a “pretty close” version of our conversation that night :) 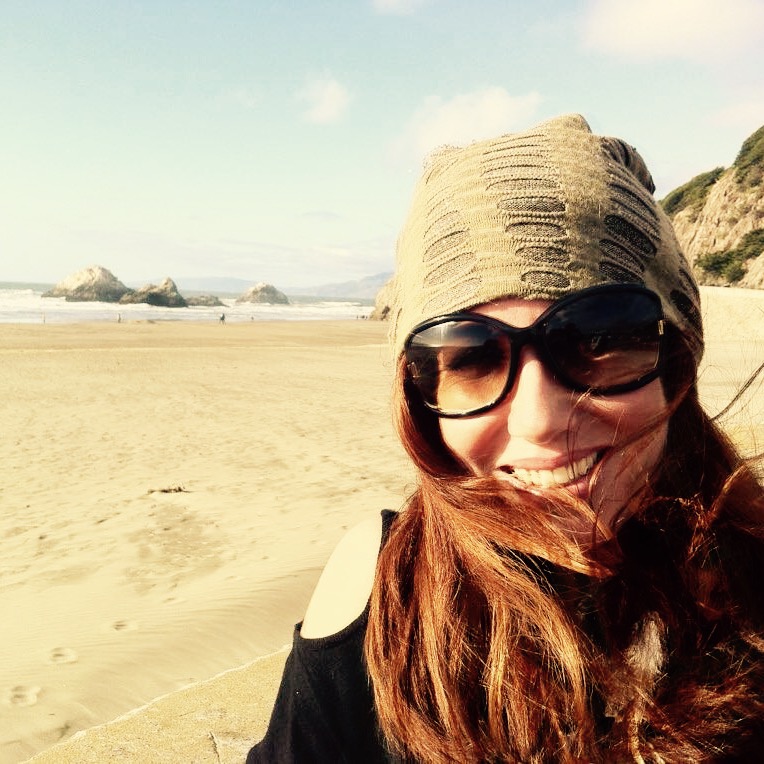 How did you get started making jewelry?

It all started with the innocent act of buying some beads.

“I will never forget one of the first times I bought beads. I was fourteen years old and was at a Grateful Dead show in Oakland, California. I laugh now, because looking back, at that young age, I was somewhere that I was not 'supposed' to be, probably doing things that I shouldn't have been, and it was most likely the most pivotal point in launching my career!”

It was from those beads that Nicole started making pieces to adorn her friends and family, and it quickly turned into an obsession. As Nicole pointed out, she found herself with a bead addiction that “no 12 step program could cure”, and had designed more pieces than she could give away. She found herself in an interesting predicament, she loved making jewelry however, she needed a way to fund this growing habit. Traveling often, it naturally evolved into selling pieces while on the road at festivals and concerts.

One of her favorite memories was when she landed her first wholesale account. She was only 18 years old, staying with a friend in New Orleans, Louisiana during Mardi Gras. They saw an ad in the paper (yes, it was that long ago) for a concert that night that they wanted to attend, but they did not have the money for the tickets. However, Nicole did have jewelry, and that gave her an idea.

“I walked into the nicest store in the French Quarter, nervous, of course, with about thirty one-of-a-kind pieces. They were mostly long necklaces that I made with lacquered roses, vintage silver lockets and antique Mardi Gras beads. The buyer took every single one and wrote me a check on the spot, I was blown away!" Needless to say, Nicole and her friend attended the concert that night and she even had some money left over to buy more beads!

Is that when Presh was born?

Yes and no. It was certainly a definitive moment for Nicole, it made her realize she wanted to master her craft of designing and hand making one of a kind pieces of jewelry. So, she interrupted her travels and adventures with a four year stint at California College of the Arts in San Francisco, her home base, where she studied metal smithing and earned her BFA in 2001.

After college, Nicole quickly found herself catapulted into the New York fashion world, where she landed her line, Presh, onto the shelves of the top jewelry showroom in SoHo. The demand for her ideas and jewelry expanded from the underground festival scene to high profile celebrities and magazines.

How did it feel being a part of the high end fashion scene?

"It felt great!" However, as her brand grew, Nicole realized that in order to meet the increasing demands of the mass market, she would be forced to make a decision. “I had to decide whether to sacrifice my core beliefs and the quality of my work by having my items made in large factories, or to keep true to the hand crafted, bohemian roots that I was raised in.” She decided on the latter, using high quality materials, to focus on limited edition pieces and well made, original designs.

At Presh we do not cut corners when it comes to craftsmanship. We’ve chosen to not mass produce our designs in order to get our costs down like many ‘fast fashion’ companies today. We do not believe that fashion should last only one season and then end up in a landfill. Rather we have chosen to focus on the quality and hand made details that our customers have come to know and love us for.

Now you know a little more about Nicole and how Presh came to be. Please feel free to ask Nicole any other questions you might have. She has some great stories! We look forward to sharing more behind the scenes at Presh with you all.